Paper: Parametric and optimisation study of rectangular-rounded, hydraulic, elastomeric, reciprocating seals at temperatures between 54 and +135 °C.

Hydraulic, reciprocating, polymeric seals are met in many engineering applications and are critical components for mechanism and machine reliability in industries including the automotive, marine, and aerospace industries. A parametric and optimization study of rectangular-rounded, hydraulic, reciprocating, elastomeric rod seals at −54, +23, and +135 °C is presented, which is particularly relevant to hydraulic actuators in aircraft landing gear. Parametric optimization not only improves performance, but also helps avoid sealing failures. The calculations were based on a physically based, deterministic mathematical model of such seals, experimentally validated at the aforementioned temperatures and recently published by the author. The parameters varied were the seal axial width and corner radius, seal elastic modulus, sealed pressure, stroking velocity, operating temperature, rod surface roughness, seal radial interference, and seal swelling by fluid uptake. Their influence was established based on the following performance variables: leakage rate, frictional force, coefficient of friction, temperature rise in the sealing contact, lambda ratio (proportional to the average film thickness in the contact), and ratio of the asperity friction force to the total friction force. The parametric study greatly facilitates the selection of optimal values of the analyzed parameters to minimize leakage, friction, and wear, either concurrently as a set or individually, depending on application priorities. 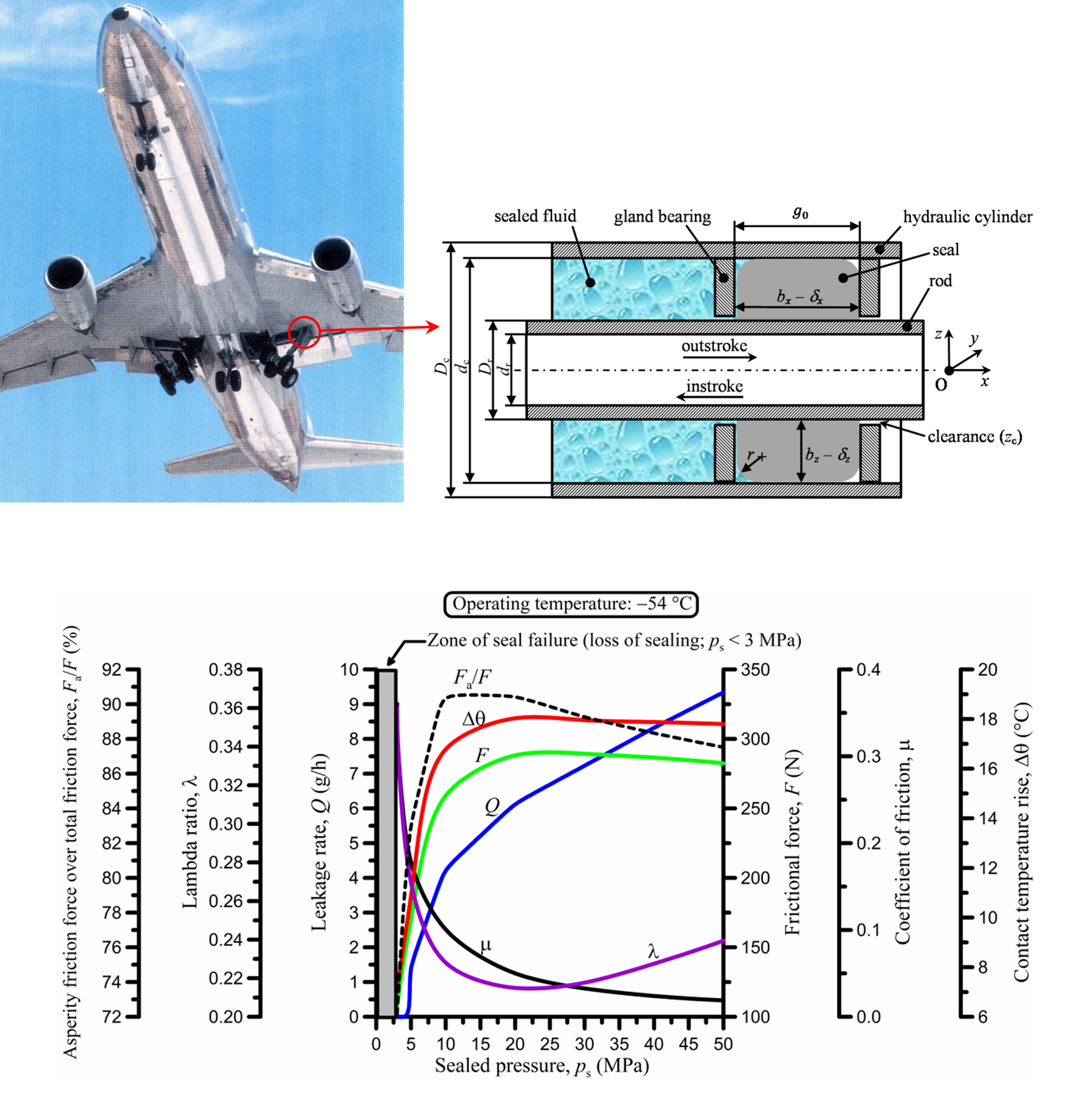